With a second nomination from the Ghana Music Awards – South Africa, it’s clear that TubhaniMuzik was one of the consistently triumphant Music Producers in Ghana. It’s no more news when we hear people call them the Hit-Making Machines.

Here, we look back at yet another one of their successful streaks.

Cruising into 2019 on a wave of hits from 2018, TubhaniMuzik amped up the hit-making and made it difficult to not jam when you heard their tag at the beginning of songs.  The same year that produced the biggest rap beef in the country between Strongman and Medikal, they solidified themselves as one of Ghana’s most ubiquitous producers. They had so much sauce that their signature tag-lines were lit enough to activate the turn-up by themselves 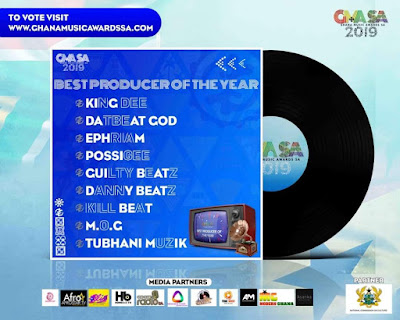 Gibriville’s ‘Kilodey’ Gets A Visual Boost With Inviting New Video